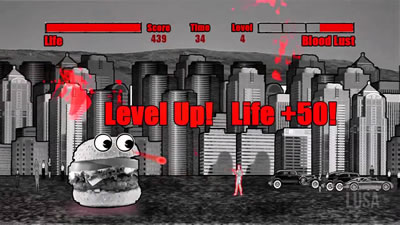 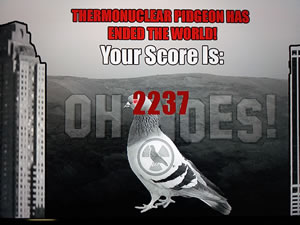 Posted by Edward at 9:46 PM No comments:

With the exception of a few hardcore arcade connoisseurs and some other privileged fellows, very few people were aware of the fact that the Shooting Love 10th Anniversary Japanese compilation released for the Xbox 360 in 2013 is in fact a throwback to the shady origins of developer Triangle Service. Their first official game, XII Zeal, received here its second console port (after the PS2 disc from 2006, which came out under the name XII Stag). ΔZeal, the other half of the package, is actually a revised version of G-Stream G 2020, which was developed by the same frontman but saw a very limited and bugged release under a different publishing company prior to the birth of Triangle Service, who owns the copyright to the game ever since.

Anyway, I wasn’t aware that ΔZeal was the older game in the disc, otherwise I would’ve started playing it instead before revisiting XII Zeal. Such are the meanders of ignorance! Thankfully that’s not the same as skipping chapters in an ongoing series, after all these Zeal games are only “spiritually” related. And as far as XII Zeal goes it's still a worthy little ride despite the cheapness that permeates a few sections. In a nutshell, it's a short, resource-driven and occasionally intense burst of fun. The only minor functional gripe in this version is the stuttering slowdown that follows every boss explosion, but that's totally innocuous in my opinion. 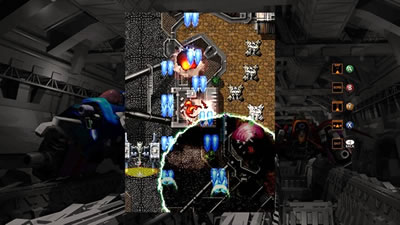 On the outside XII Zeal is a very straightforward game, with the classic combination of shot + bomb for inputs and eight stages of unevenly progressing difficulty (some are cakewalks, others can be nightmares). Blue power-up orbs upgrade the main shot, extra bombs add to the stock up to the maximum of 5. Surplus power-ups are worth 1.000 points each, surplus bombs 10.000 points. The single detail that sets the game off the conventional STG track is also the one that eventually justifies its name: whenever you quickly move the joystick from side to side a flash of energy comes out from the ship, and if it destroys an enemy a multiplier is generated. Provided you continue to dispatch enemies with this side attack within a certain time between each kill you'll eventually reach the maximum multiplier of ×12, which of course represents the key to higher scores. Of course the risk/reward ratio increases proportionally.

Using the side attack by manually wiggling the joystick is perfectly possible, but requires more practice, more focus from the player and is prone to break controllers (I broke mine when playing XII Stag). To overcome this there's the possibility to activate a separate button for RSA (Rapid Side Attack), thus eliminating the need to incur in risky jugglery. With the RSA enabled you'll also get the stronger 2-dash side attacks (bigger energy shards!) that cause the screen to constantly shake when used. Fortunately the screen shaking doesn't disrupt the gameplay in any way, the only side effect of using it non-stop is that the ship moves more slowly.

One final note about getting the multiplier up is that the ship's thrusters also contribute to the process by killing enemies that come from behind IF the contact is made with moderate relative speed. The first stage is the perfect place to test this, just park the ship at the mid-screen point and watch as you fart enemies away until the boss arrives.

I'd say XII Zeal is polished graphically, with sharp and decently animated sprites, but sadly it doesn't harness this design aspect the way it should. Don't be put off by the first couple of levels just because they're the total opposite of engaging, for example. It gets better after that because the game decides to get more aggressive, granting lots of extra possibilities for scoring. Speaking of which, all bullets caught in the radius of the bomb blast are melted into 1.000 points each. That's why choosing the best moments to bomb goes way beyond the simple act of protecting the ship from harm (the amount of extra bombs the game gives away isn't a coincidence at all).

There are several little secrets in XII Zeal that make the game behave differently depending on how you destroy specific batches of enemies, including fast kills, complete kills or getting rid of things in a certain way, which results in sections with extra enemy waves and more opportunities for scoring. I was able to trigger many of them up to the 5th stage, in line with my overall strategy to be extremely aggressive during these levels and cautious for the rest of the game, after all we only have three lives with no extends of any kind. In between stages a graph meter shows your scoring performance against previous credits, which is a nice way to know how far you have just pushed your risk/reward thresholds.

Practice aids exist in the form of individual score attack options for each level, unlocked as you reach them in regular play. That's one of the features that make this version of XII Zeal a very resourceful port, on top of the ability to save replays, online leaderboards and several kinds of filter/screen adjustments, TATE included. The Limited Edition release of Shooting Love 10th Anniversary includes an additional CD with the soundtracks to both games in the package, and since both disc variations are region-free they'll run nicely in any Xbox 360 around the world. Note: this disc was re-released some time later in a pack titled Shooting Love Collection, which also includes the previous region-locked Shooting Love 200X compilation.

The top spot of the high score table in the picture below shows my final 1CC result on Normal difficulty, RSA activated, player 1 side. Even though the game isn't bad per se, there's no denying that the final stretch is rather anticlimactic. The difficulty peaks in stage 6 so the remainder of the game is a total letdown in comparison, except perhaps for the 7th boss. Either the game had to be rushed out the door or the developer ran out of ideas, an issue that fortunately isn't present in Trizeal, the next title in this unofficial series. 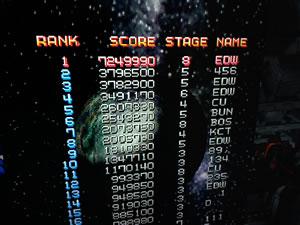 Posted by Edward at 2:26 PM No comments: