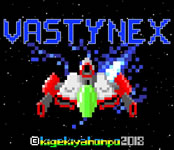 The horizontal shooter subgenre has come a long way since its formula was created and soon perfected in the golden era of the arcades. Gradius, R-Type and Darius can easily be considered the classic trio of quintessential horis, yet console games like Thunder Force IV were certainly responsible for cementing the genre's widespread recognition in the home market. What if we had a game that merged all of them in a single adventure full of action and accompanied by a kick-ass soundtrack? Well, the name of this game is Vastynex, and it's free to play in any PC if you just head to the developer's website and download it.
For those familiar with the titles mentioned above, Vastynex is certainly an amusing trip down memory lane. While it's basically a ripoff that would never get a commercial release due to copyright infringements, on the other hand it's truly a wild ride marked by the unique choice for huge pixelated sprites, always mimicking enemies and particular sections from classic games. The pixelated aspect might be an acquired taste for some, but I urge readers to give it a chance in order to check for themselves. Don't go by remarks such as the one made by my 4-year old daughter when she entered the room and caught me playing it, saying the game looked like Minecraft. :)
The main starting point for the structure of Vastynex is definitely Thunder Force IV, but pretty much all games in the series are used as basis for the design, especially Thunder Force III and Thunder Force V. 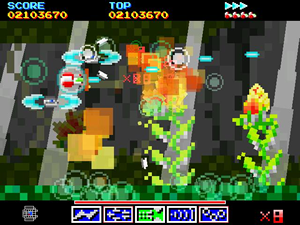 Pixels galore!
Once you run the executable, pressing ENTER will make it go fullscreen. Inputs are automatically assigned to whatever controller you have plugged in at the moment: for my Xbox 360 wired controller I got shot on button A, weapon select on button X, speed switch on button Y and pause on the right bumper (RB). The gameplay follows the same old rules from the Thunder Force games, where you must collect items to power up the ship. The main one is the claw/craw that creates two rotating orbs that expand your firepower, whereas other icons provide weapon activation or upgrades for blade, rail gun, snake/fire, wave and hunter (cool detail: each weapon is taken from a different chapter in the franchise). Shields provide protection against three hits and extra lives are scattered or hidden around the scenery (you also earn extends at every 2 million points).
Since Vastynex isn't graphically demanding and works on pretty much any PC, the game runs pretty fast with absolutely no slowdown whatsoever. The scrolling speed varies a lot and gets mixed with a wide range of explosions and several bits of short animation transitions, to the point of overwhelming players at first sight. Adapting to the speed of the game is essential if you want to achieve more points, after all the scoring system is based on speed-killing enemies just like in the mechanics used in Thunder Force V, albeit with a little twist.
In every level the base multiplier must be increased from ×1 to ×8 by killing enemies as fast as you can. Afterwards it's just a matter of continuing to dispatch enemies in a timely manner to maintain a high multiplier. Pretty much all mid-sized and larger enemies, however, offer higher multipliers if dispatched quickly, up to ×32 (they're all indicated by a lock-on reticle in their center). Finding the best weapon to use is, as usual, the key to a better scoring performance. Another important scoring device consists of maxing out weapons by taking two items of each one, which then makes all further items worth 10.000 points when collected. A red border in the weapon array indicates if said weapon is already maximized, and if at least one of them isn't red you'll get only 1.000 points for each surplus item.
A "no-miss" bonus of 100.000 points is awarded for each level where you don't take any damage whatsoever. A more accurate term woud be "no-hit" because if you're hit when using a shield you won't receive the bonus. Hovering the ship or flying though certain unsuspected areas is another source of points, so it's always good to venture in unusual places as the screen scrolls.
An exquisite self-imposed challenge on one of the bosses from Vastynex
(courtesy of YouTube user yoss88)
Each extra life is worth 10.000 points when completing the game, a value that seems to be quite low in comparison with any similar bonus you'd get from a Thunder Force game. As expected, deaths take away the current weapon you're carrying, but in Vastynex you can recover it at once by taking the special item that starts bouncing around afterwards (if it appears, of course). While the abovementioned extra life bonus doesn't seem like much in the final game tallying, it's important to note that dying resets the base multiplier and depending where that happens the overall score might be severely affected.
It's quite clear that the scoring side of Vastynex adds an extra layer of joy to a game that's regularly not that hard, particularly for those who're familiar with the Thunder Force series. For example, many boss aspects and patterns are pretty much the same, while bosses themselves are mixed with enemies from other franchises such as Darius. There are stage sections modeled after Aero Blasters and Darius II, but the whole collection of references is a real delight for shmup fans. Some that spring to mind as standouts are the appearance of R-Type's Dobkeratops mixed with Thunder Force III's Gargoyle, Gradius II's Shadow Dancer in vertical form and the triad boss formation of Vic Viper, Silver Hawk and the R-9. Diehard conoisseurs will also spot minor details, such as the ice curtain from the first stage of Gradius Gaiden or the bomb animation of Darius Gaiden during the death sequence of Great Thing.
The picture below shows all the results of my credits on the latest update of Vastynex (version 1.2a), with the number one spot achieved in a no-miss run. During this quick burst of great fun I tried my best to take advantage of the scoring possibilities, but did not perfect routes and strategies on secrets and bosses. Maybe next time! 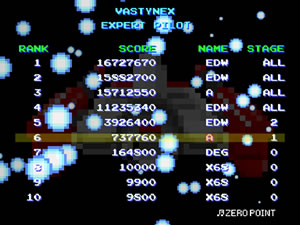 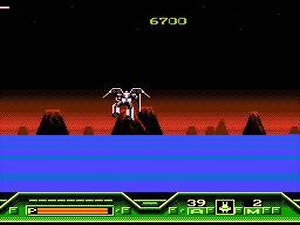 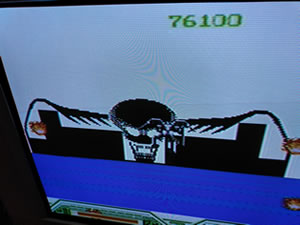