The horrible cover art of this game is legendary, as it appears in practically all "10 worst covers of all time" listings. One would imagine it was the western publishing company's fault for not inheriting the Japanese art (which is always superior), but this is not the case here. Trouble Shooter was released in the US before being released in the land of the rising sun (as Battlemania)! The weirdest thing regarding art direction though is that all in-game graphics and sketches follow an anime style that's obviously not typical for the western culture. What could've happened here? Go figure...

At least the game shows one of the most unique ideas for a shooter. The main character is actually a pair of girls, Madison and Crystal, who fly around back-to-back shooting everything. The blonde Madison shoots right, but the blue-haired Crystal can toggle her shot between both directions by the press of a button. The hitbox is in Madison, so you don't need to worry about Crystal taking damage or being crushed. Power-up with F icons, get faster with S icons, get slower with ↓ icons, get (scarce) silver medals for points and make good use of your special power, one of 4 options that must be chosen at the start of the first four stages. This special power can only be used again after the charge meter is refilled. And that's it, no more quirks on the gameplay side. 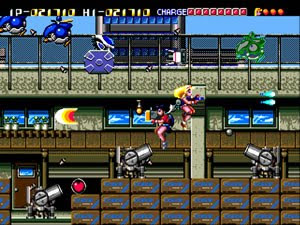 Crystal and Madison are full of attitude and their mission is to rescue a prince that was kidnapped by the bad guy. No groundbreaking stuff here, but there's an overall humorous tone that lends a special flavor to Trouble Shooter. The dialogues and story narration in-between stages are quite funny. The game is full of light jokes up until the end, and when you think you've reached the ending there comes the true final boss to crash the party. Additionally, one of the bosses is a red robot that blows kisses to the audience before fighting!

Graphically, what we have here is a very competent little title. It's got plenty of parallax, no hints of slowdown and great character sprites - I love how Madison's hair moves when she's flying. Stages are varied and cover environments as distinct as a city, a descending shaft, a huge battleship, some sort of factory, an out-in-the-open fight with the baddies and an ascending showdown with the last boss. During the last 2 stages the special weapon attack is disabled, first because the prince gets a hold of the weapon that activates it (at least it seems so), and then because Madison is unprepared for the appearance of the final boss. At times the music feels cheap and cheesy, but it's got its moments and keeps you wired up for the action most of the time. Scratchy voices are also there, but you get used to it after a while. 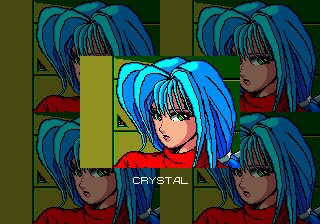 Now for the not-so-good side of things. First and foremost, the difficulty. This might surely be one of the easiest shmups in the Mega Drive library. It's so easy some people will probably 1CC it on the first sitting. Even the most inept player will do it after a few rounds. It hurts what could've otherwise been a very good game. You start with 5 lives and get an extra one for each 60.000 points or with every "heart" icon, so it's not hard to achieve a stock of 30 lives, for example. The strangest thing is that you can lose all of them at once if you get crushed by an obstacle, in one of the most shocking GAME OVERs I've ever seen. Don't think this makes the game more difficult, because it doesn't - there's no harm in going against walls. Trouble Shooter also fails to motivate you to try a harder setting because the score counter simply stops at 999.990 points. So there you have it, the game also ranks in the top tier of easiest counterstops in shmup history.

Anyway, if you're completely new to shmups this is in every sense of the word a very good game to start. It's great to introduce kids to the genre we love so much. It's fast, it's charming and it's fun while it lasts. It's cool to play with the special weapons, but my favorite is definitely the "lightning storm".

My counterstop score is shown below. There is a catch in how to get it, and the only advice I can give is to pay attention to how many points you get from each enemy. I can't tell any more, the game is already too easy! I heard that the sequel Battle Mania 2, a Japan exclusive, is supposed to be better and more difficult. Well, we'll see. 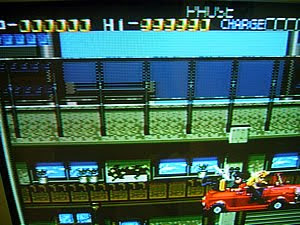